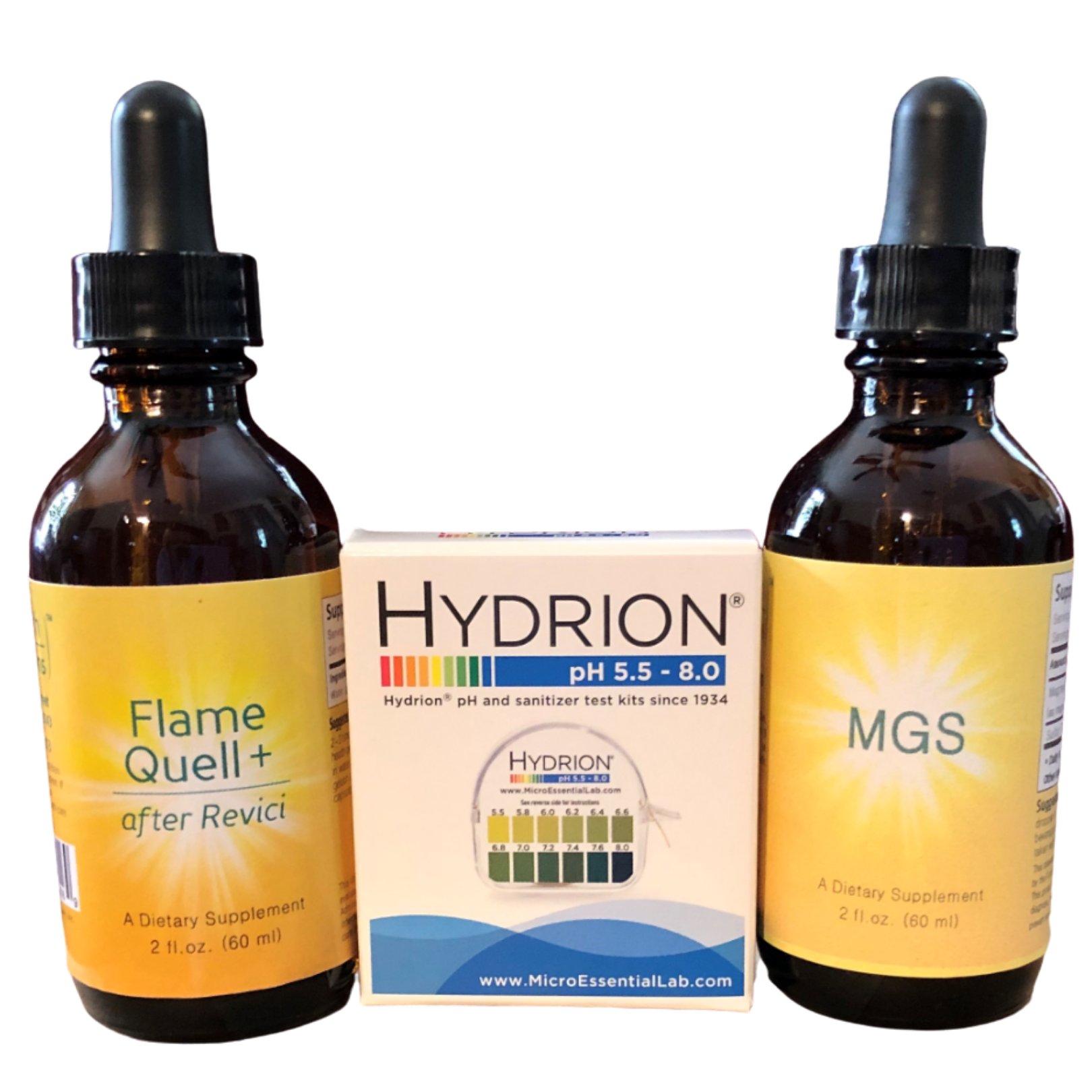 Lipid Package for Pain
Listen to Lipids for Pain
Most symptoms, acute or chronic, are caused by inflammation. Sneezing and congestion are signs of inflammation if you have a cold or spring allergy. Swelling, redness and heat are signs of inflammation if you stub your toe. And symptoms associated with any condition that ends in “itis” - arthritis, colitis, bursitis - are caused by inflammation.
‍
Inflammation can be the cause of symptoms without obvious signs of inflammation and without an “itis”. Examples include tinnitus (that’s an “itUs”, ringing in the ears), vertigo (you feel like you are spinning or the world around you is spinning), PMS (premenstrual symptoms), itching, palpitations, fever, and even stress.
‍
Two kinds of inflammatory fatty acids cause symptoms. One kind makes tissues acid while the other causes tissues to become alkaline.  The good news: the pH of your urine at the time you have symptoms is the same as the pH of the tissues where you have the symptoms.
‍
‍
Flame Quell deactivates fatty acids that acidify tissues. MGS, magnesium and sulfur, deactivates fatty acids that alkalize tissues.
A 38-year-old woman is susceptible to bouts of congestion, sore throats, headaches and fatigue.  When this occurs, her urine pH is consistently acid, 6.0 or lower. She takes two droppers of Flame Quell in water when symptoms begin and every few hours thereafter until they are gone. Before she had Flame Quell she would be ill for two or three days. Now she does not feel ill as long as she takes Flame Quell. Her symptoms are gone in less than a day.
‍
A 40-year-old farmer suffers from spondylolisthesis. With this birth defect, a lower vertebra slides forward on the one below it, pinching nerves. His urine pH is greater than 6.4 when he has pain.  Two droppers of MGS in water often relieve the pain. If there is still some pain 20-30 minutes after taking MGS, he takes two more droppers.

Another 40-year-old man, a friend and colleague, has seasonal allergies. In June he was suddenly overcome with sneezing, nasal discharge, intense itching in his throat and ear canals, and restricted breathing. He took ½tsp. Flame Quell, holding it in his mouth before swallowing. All symptoms were gone in less than a minute.
‍
The usual dose of Flame Quell is two droppers initially, then another two droppers in 20-30 minutes if relief is incomplete. ½tsp. is 2½ droppers. The spoon was not only the quickest way to take Flame Quell, it also allowed him to take advantage of its direct absorption through the mouth membranes. He successfully avoided the emergency room.

A 51-year-old man experiences discomfort from a tumor in his rectum. Now, more often than not, his urine is alkaline. One or two droppers of MGS invariably relieve the discomfort. Several weeks earlier, when his urine was acid, two droppers of Flame Quell provided relief.

Flame Quell’s relief of symptoms is sometimes insufficient in severe respiratory illnesses even though the urine is acid. This is also true for a woman when her migraine pain resolves with Flame Quell but her postdrome symptoms after migraines do not, as discussed in a previous podcast. In these circumstances both acidifying and alkalizing fatty acids are at play.  A similar but different form of sulfur than the sulfur in MGS is needed in addition to Flame Quell, lipid-bound sulfur, LbS. One dropper of LbS two to three times daily, taken on bites of food or in a capsule, does the trick.
‍
On a final note, glycerol is one of the alcohols in Flame Quell that bind and stop acidifying fatty acids. Two droppers of glycerol – OH3 – added to the same water with two droppers of Flame Quell, is more effective than Flame Quell alone. If the taste off Flame Quell is too strong, put each dropper of Flame Quell in a 00 capsule and take the capsules with the water that has two droppers of OH3.
‍
For a finale: OH3 in water is ideal for children. When my daughter gave my one-year-old grandson OH3 for a lingering cough after a cold it cleared immediately. Now she gives him OH3 when sniffles begin. Even though it is a fat it is syrupy sweet. Children love it!
Experience the power of health in your hands.