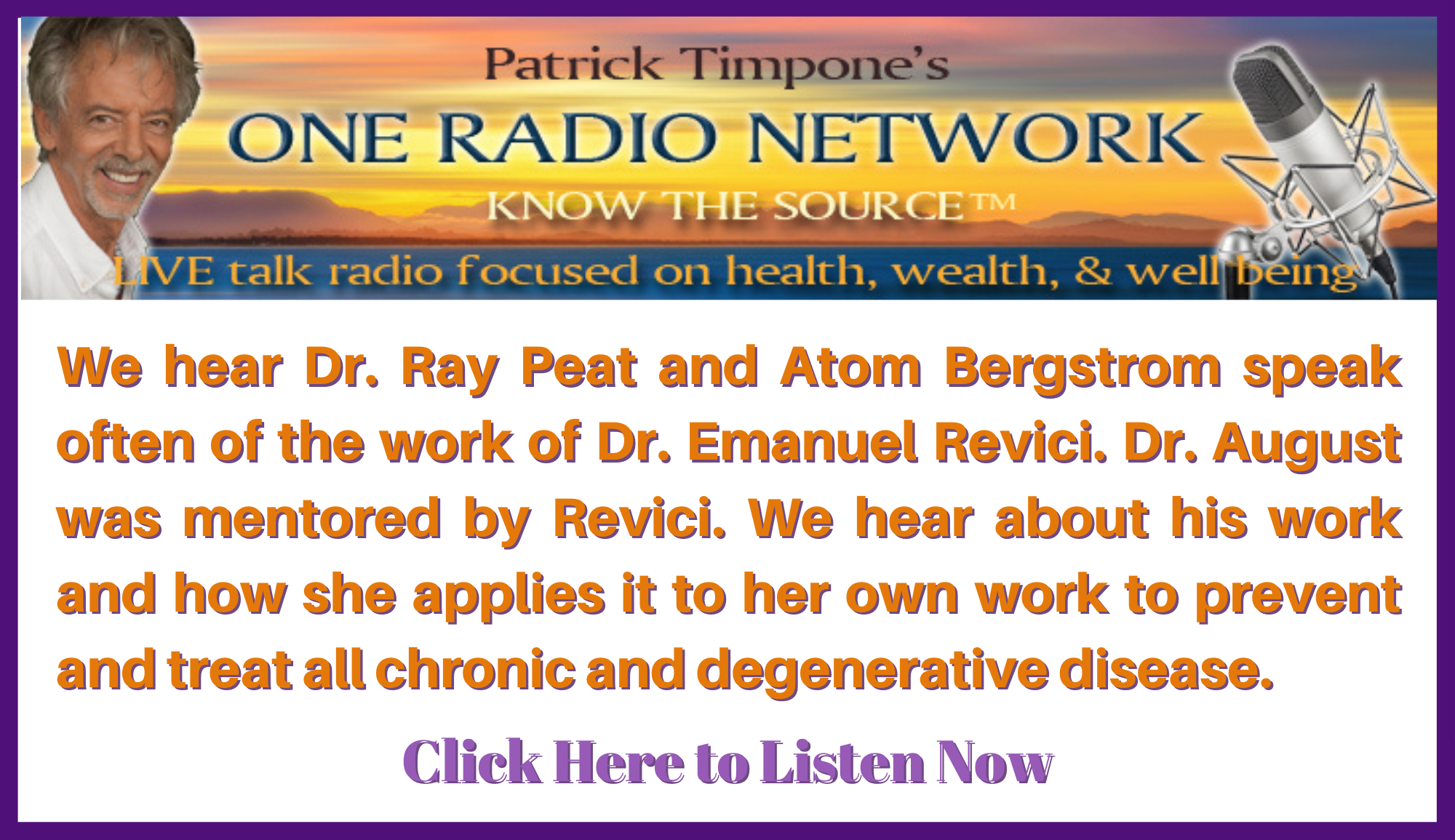 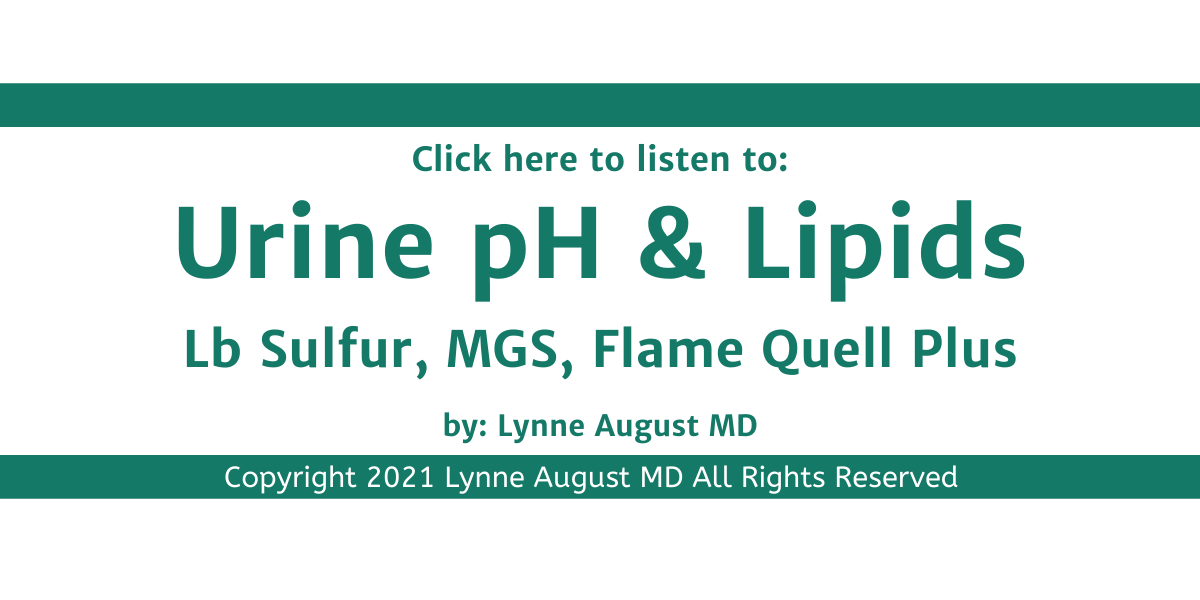 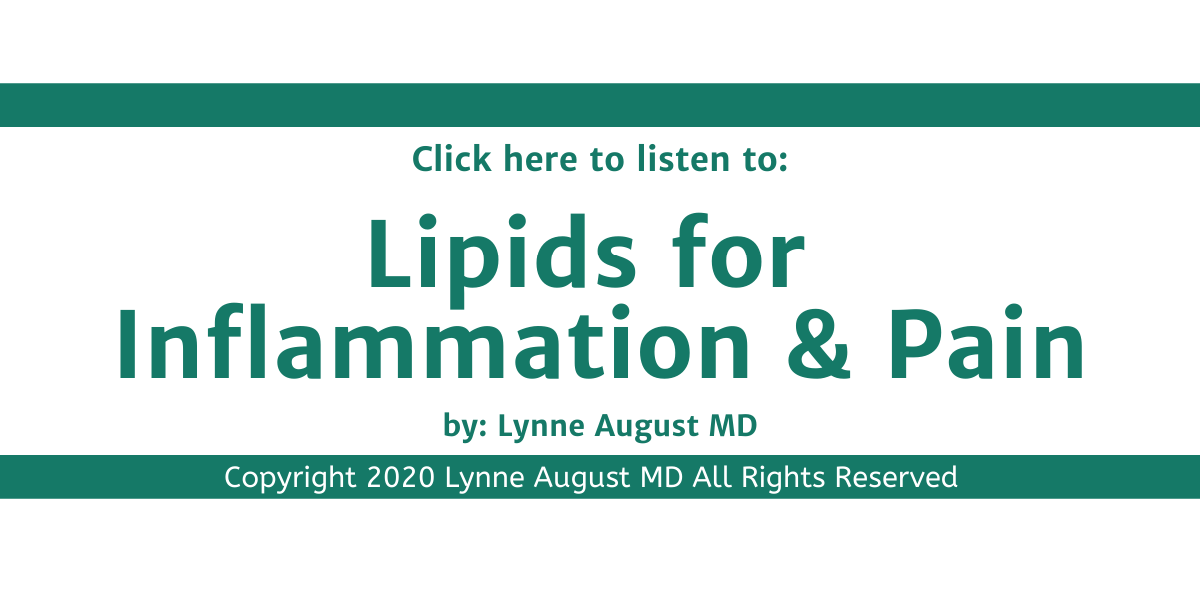 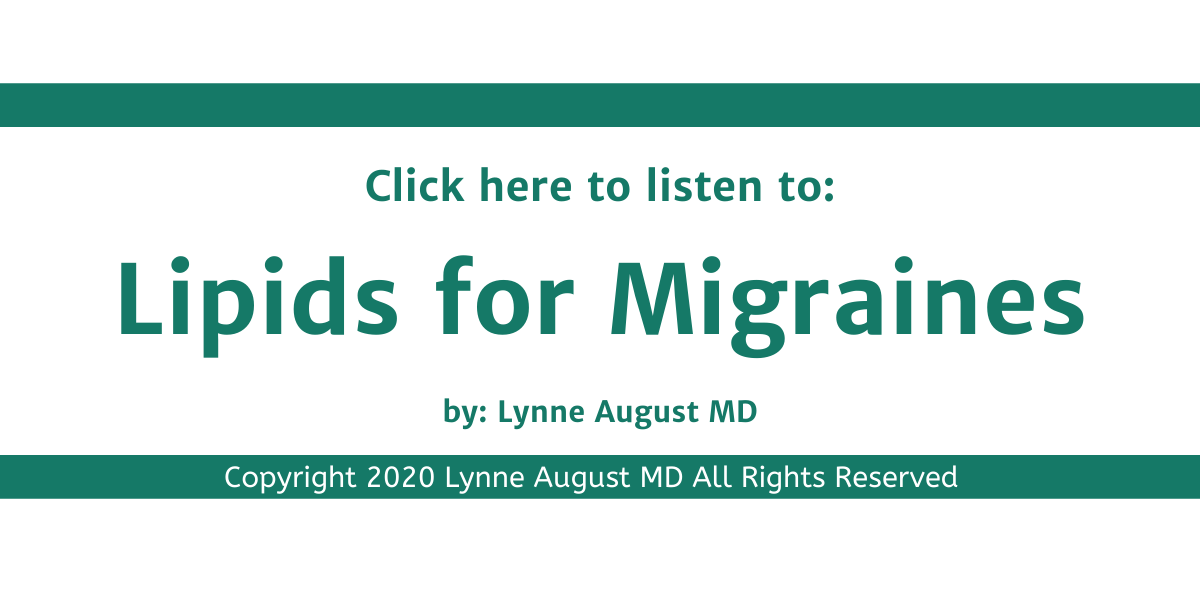 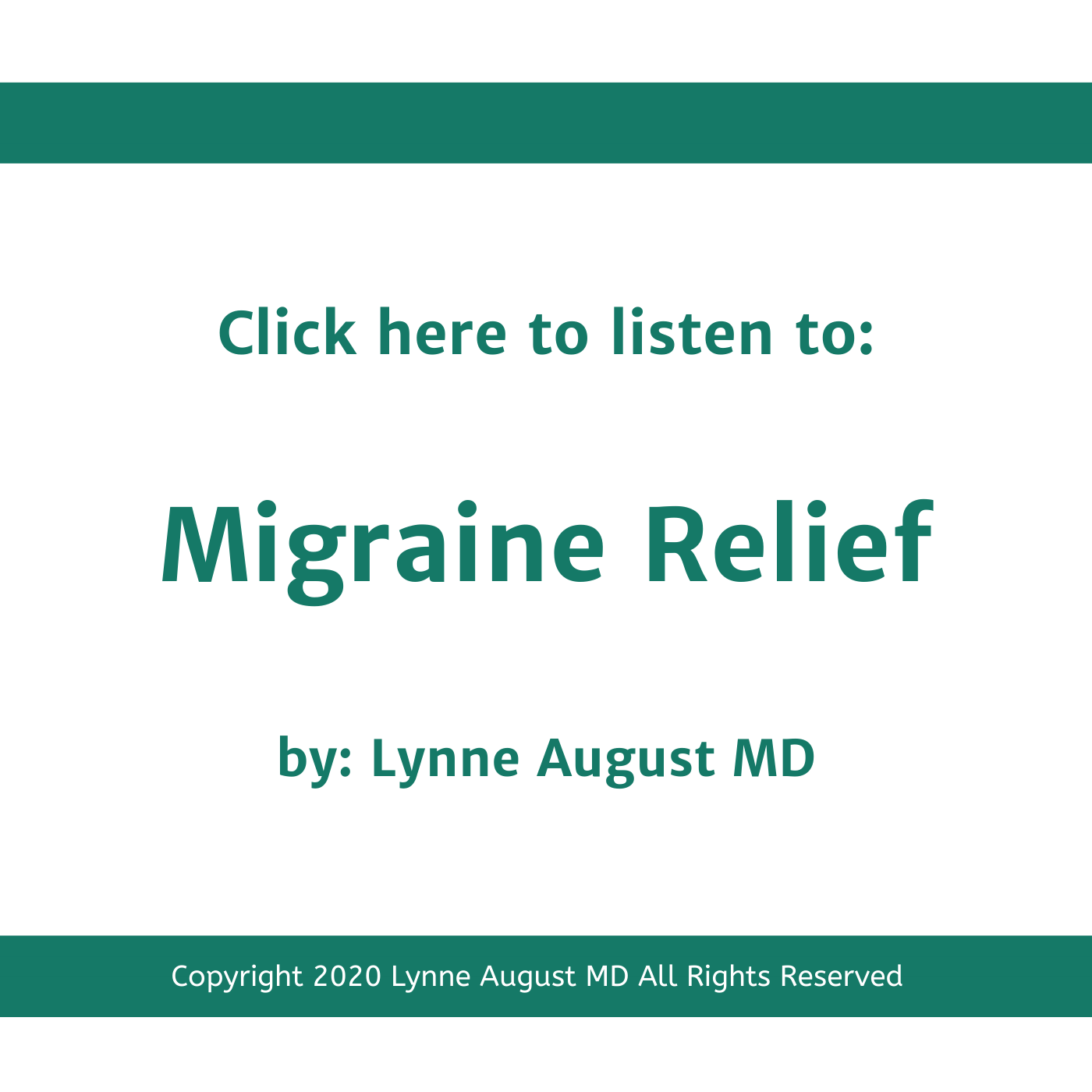 Blogs
Link to HEq's Magnesium Plus Slide Show
Link to Slide Show
Free Lyte^3   Webinar with Lynne August and Michael McEvoy from Metabolic Healing
All too often, we do not fully understand why a product works so well and in this free webinar with Lynne August and Michael McEvoy they explain, in details why you too should be using Lyte^3.
Link to Webinar
HEq electroLYTES & Lyte^3
HEq electroLYTES and Lyte^3 both contain two essential electrolytes rarely found in water, electrolyte drinks or supplements: sulfates and phosphates.

Phosphate is necessary to make ATP (adenosine triphosphate), the chemical form of energy in cells and to make creatine phosphate, stored energy within cells. Therefore, it is not surprising that low phosphate can contribute to weakness, fatigue, diminished aerobic capacity and muscle cramps. Phosphate is also necessary for healthy bones, teeth and joints.

Sulfate gives strength and flexibility to collagen. Collagen is the most abundant protein in our body and the foundation of bones, cartilage, tendons, ligaments and skin. Sulfate deficiency contributes to osteoarthritis, loss of muscles tone, ligament injuries, sagging skin and abdominal organs, among other things.

Sulfate in muscles ensures sugar is fuel, burnt for energy, not deposited as fat. Sulfate is also a necessary component of insulin.
Sulfate deficiency is implicated in obesity, insulin resistance, Metabolic Syndrome and adult onset diabetes. A deficiency also contributes to hypertension and heart disease, both frequent occurrences in Metabolic Syndromeand Diabetes. 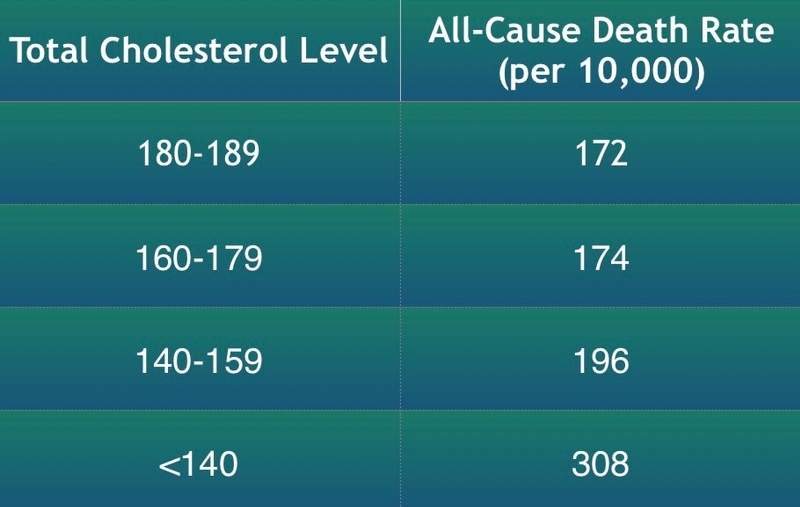 See Do NOT Artificially Lower Cholesterol with STATINS!
Too Little Fat Increases Risk of Cardiovascular Disease
A study, reported in the Journal of the American Medical Association (JAMA), compared the effects of a diet with a fat content of 30% versus a 26%, 22% or 18% fat content. A decrease to 30% lowered the LDL (so-called “bad”) cholesterol as much as the lower fat diets. However, a decrease in dietary fat to 18% or 22% caused a rise in triglycerides and a drop in HDL (so-called “good”) cholesterol. The rise in triglycerides and the drop in HDL are due to the inevitable increases in insulin levels on a low fat diet. The insulin surge is the expected response to increased dietary carbohydrates that replace fats.  Insulin increases triglycerides synthesis and inhibits HDL cholesterol synthesis. High insulin is the most significant single risk factor for cardiovascular disease.
Antioxidants are NOT the answer:
A review in 2012 of 27 clinical trials, all assessing the efficacy of a variety of antioxidants, found only seven trials reported health benefits from antioxidants, while ten studies saw no benefit.  Further, “another 10 studies found many patients to be in a measurably worse state after being administered antioxidants than before, including an increased incidence of diseases such as lung and breast cancer.” BBC, December 8, 2016
CHOLESTEROL and ANIMAL FATS are GOOD
The notorious Framingham Heart Study, the first and largest epidemiological study aimed at prevention of cardiovascular disease, began in 1948 with over 5,000 adult participants from Framingham, MA.  The Study identified four important risk factors for heart disease: smoking, obesity, lack of exercise and hypertension.  However, it erroneously concluded that dietary cholesterol and animal (saturated) fats are equal risk factors.

“Two groups were compared at five-year intervals, those who consumed little saturated fat and cholesterol and those who consumed large amounts.  After 40 years, the director of this study admitted, ‘In Framingham, MA, the more saturated fat one ate, the more calories one ate, the lower the person’s serum cholesterol. Further, we found that the people who ate the most calories, weighed the least and were the most physically active.’ The study did show that those who weighed more and had higher blood cholesterol levels were more at risk for future coronary heart disease, but weight gain and cholesterol levels had an inverse correlation with fat and cholesterol intake in the diet.”

Nourishing Traditions, Sally Fallon, 1995
Polyunsaturated Oils, not Cholesterol, Cause Heart Disease
Until recently, Indians in India had a very low incidence of heart disease while using ghee (clarified butter) and coconut oil, which are highly saturated, and mustard seed oil, which is largely monounsaturated. The epidemic of heart disease in India began only after these were replaced with peanut, safflower, sunflower, sesame and soybean oils, all of which are high in polyunsaturated oils.

Likewise, the rise and heart disease in the US parallels the rise in the use of margarine, which was introduced in the 1930’s. And, a study performed on Irish brothers found the one who moved to America, and ate a diet rich in polyunsaturated oils, had considerably higher incidences of heart disease than the one who stayed in Ireland, eating butter and foods high in cholesterol and saturated fat.
Nervous Exhaustion
Nervous exhaustion is an increasingly prevalent consequence of stress. The hallmark of nervous exhaustion is the inability to relax in spite of chronic fatigue. An unstable blood sugar, hormonal or sleep disturbances, decreased ability to handle stress, and decreased ability to experience pleasure, all are common.Nervous exhaustion occurs when the adrenal medulla is hyperactive and the adrenal cortex is hypoactive. The hyperactive medulla results in an increase in adrenaline output and sympathetic autonomic activity. The hypoactive cortex results in a decrease of corticosteroids causing fatigue and loss of sodium in the urine.

The first, easiest, least expensive and most frequently overlooked remedy for nervous exhaustion is use of a whole food unprocessed salt. Nervous exhaustion is both caused by and causes a salt deficiency.
See How Much Water? How Much Salt?
Sulfates and Osteoporosis
Lack of sulfate results in brittle bones and cartilage, which manifest respectively as osteoporosis and osteoarthritis.

Sulfate is primarily produced from the only sulfur-containing amino acids in our diets: methionine and cysteine.  Methionine is an essential amino acid, it must be ingested, it cannot be synthesized.  Cysteine is essential in some conditions.

Vegans are reportedly at high risk for developing osteoporosis and osteopenia. Of the top ten foods highest in methionine, Brazil nuts, beans and soy are the only foods suitable for a vegan.  However, the availability of methionine from beans and soy is in question.  The other foods in the top ten include meats, fish, shellfish, dairy and eggs.

Health Equations electroLYTES are an ideal source of sulfate.  Additional to contributing strength and flexibility to bone and cartilage, sulfate is beneficial for the heart, circulation and blood pressure.
Experience the power of health in your hands.